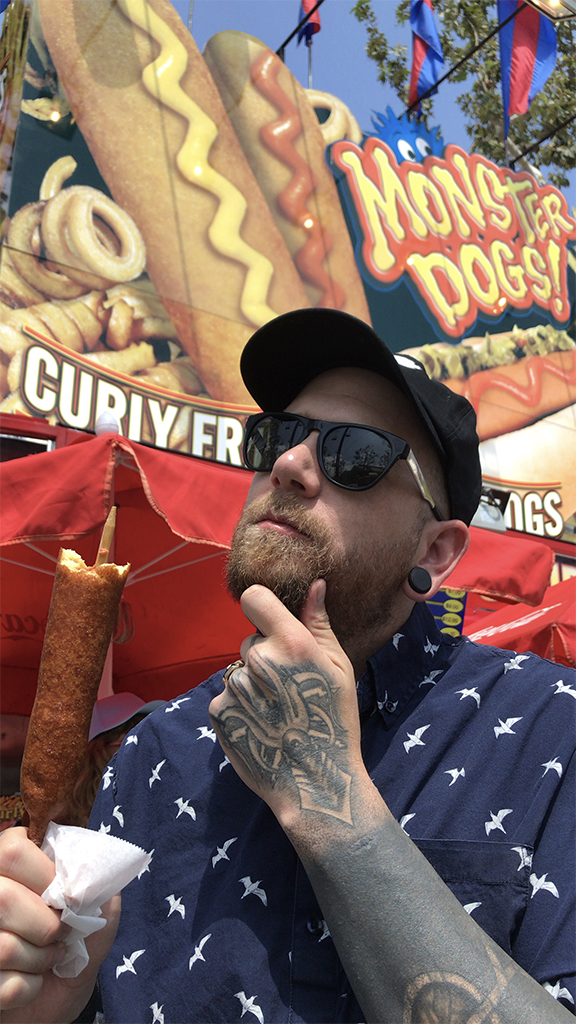 Casey is an art director and designer with many, many years of experience in motion graphics and design. He’s worked for major brands like IBM, Buick, and AT&T, and for artists ranging from Deadmau5 to Lady Gaga. Houdini and MOPs have been a major part of his arsenal for years now, and he’s been kind enough to share some insights from all these years of experience.

Give us a quick background on yourself. How did you get started as an artist?

I got started off in the industry as an IT person at a small design shop called Exopolis. I was part-time there for a while, and over the course of four years I studied software manuals, sat in creative meetings, and over time got promoted from part-time IT to Animation Lead. In 2008 I decided to make the jump and go freelance, and from there I bounced all around LA holding various titles and responsibilities, mostly on the reputation of “oh it’s Casey, he’ll figure it out.” Over the last seven years or so I’ve largely left the traditional commercial/film/TV world and have been focusing on opportunities in the tech space. 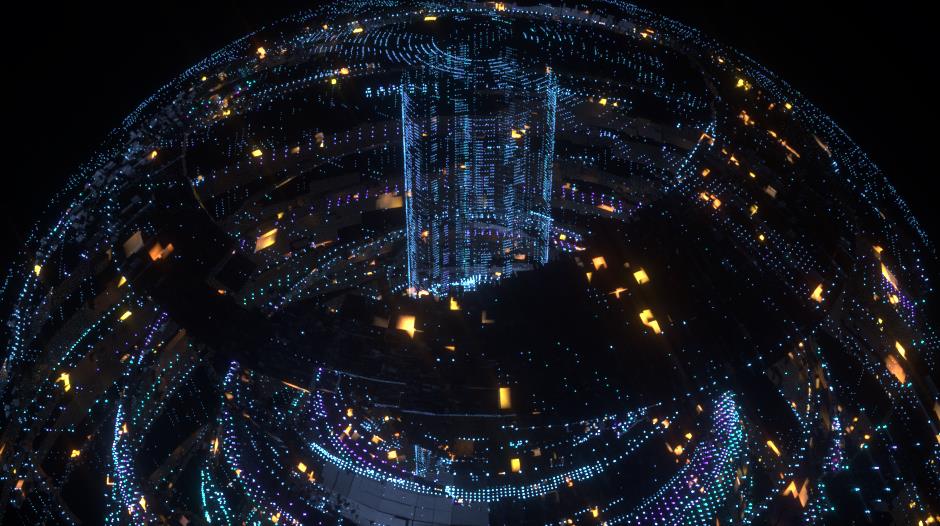 What inspires you in your work?

It’s really hard to say where I get my inspiration from, but I know a lot of my go-to concepts come out of my love for all things particles. Dust flickering in a sunbeam, the little floaters in your eye line, dew on spiderwebs, or a dust devil on a long stretch of highway will keep my attention for way too long. Organic, fine details really hold my attention.

Tell us about your current favorite piece. 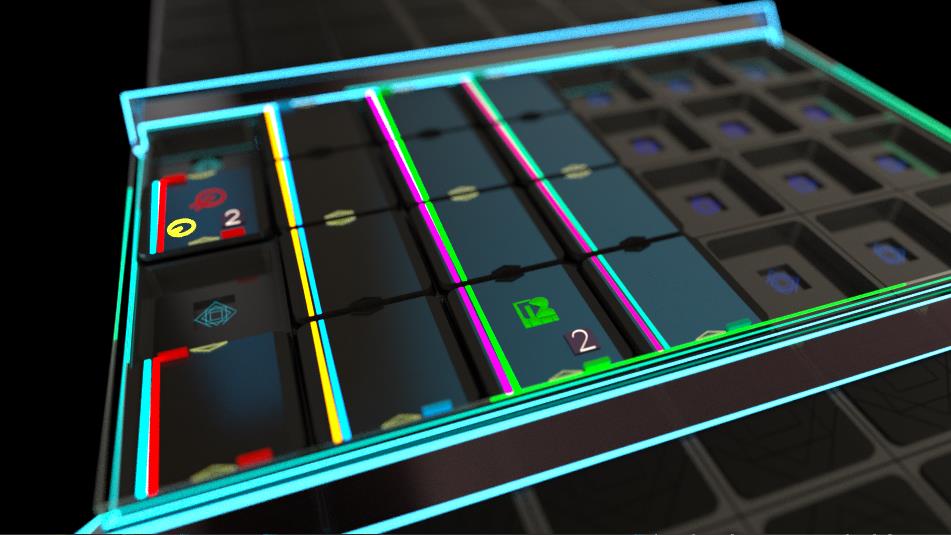 For a little over a year, I got to work as a concept artist on this amazing app startup called ToneStone. The company’s mission was to make a tool that could let anyone make the music they heard in their head. They sent me their alpha build, and I was able to make a song in a few minutes with barely any onboarding. I was totally sold on it… it just needed some pop. I worked closely with the CEO to land on the look you can see in these frames, and then worked with the team to get these assets into their game engine.

How did Houdini become a part of your toolset?

A long time ago, a young Casey saw Harry Potter and the Prisoner of Azkaban. The Death Eaters had this crazy particle plumage they flew around as, and it was an absolutely stunning effect that nothing I had at my disposal could recreate. Someone told me “oh yeah, that was done in Houdini” so I started tinkering with it back in version 10.0. I ran away from it pretty quickly, though, because it was terrifyingly difficult to use! I came back around version 13.0 and stuck with it, and I’ve been using it in production since.

How did you find out about MOPs?

I saw a few early screenshots of what Henry (Toadstorm) was working on, and proceeded to bug him for more info and access to the MOPs+ beta.

How does MOPs help you in your work? 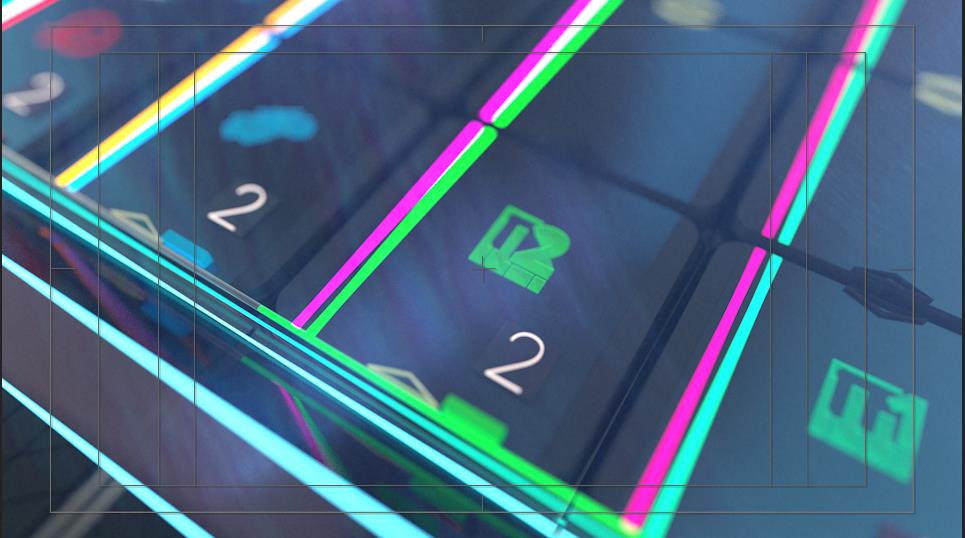 It’s probably the first set of nodes I drop down whenever I start a project. I use it for creating complicated arrangements of polygons, I use it to animate attributes to be used later in shaders, etc. It’s hard to imagine doing all of this in vanilla Houdini at this point. 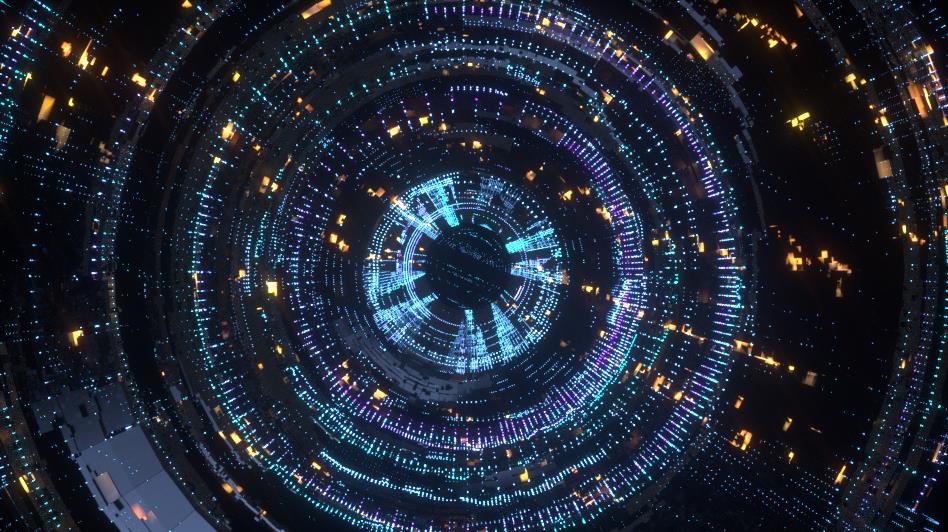 In the ToneStone project, I’d use MOPs to create completely filled timelines with clip objects that had a few rules defined for them. If you’re a single clip and there’s no clip of the same type within -X.z, you’re assigned a label, icon, and number. This let me create contiguous strips that only had information on the leading clip. This is all a little too much info, but it was important to me as a designer to have this level of control over the process. MOPs really made this so much easier than I’d imagined. With MOPs falloff I could quickly isolate a group of objects and animate them on or off the stage. Almost all of my shaders were driven by MOPs falloff, or a color attribute generated by some other MOPs object. I could even use it to drive the alpha of objects to let me hide things that were supposed to be out of sight, or adjust emission intensity for clips closer to the timeline.

Again, it might seem like a crazy amount of detail to put into concept art, but if you have the tools available to you as a solo artist, and you can… why wouldn’t you?

Have you tried MOPs Plus? Any favorite new features?

MOPs DOPs are pretty much the only way I could get my head around DOPs in general. The Attribute Mapper has been great at letting me dip my toes into more complicated material creation. The typography tools have fixed a massive gap in the Houdini experience for me as well.

What do you think is the most important thing to remember when working in motion graphics or visual effects?

Saving your file is probably the most important thing to remember! On a more “sage wisdom” vibe, though, I’d say to remember that you can have an authentic impact on anything you’re working on, and that’s when your best work will really show up.

These projects in particular use a lot of MOPs: